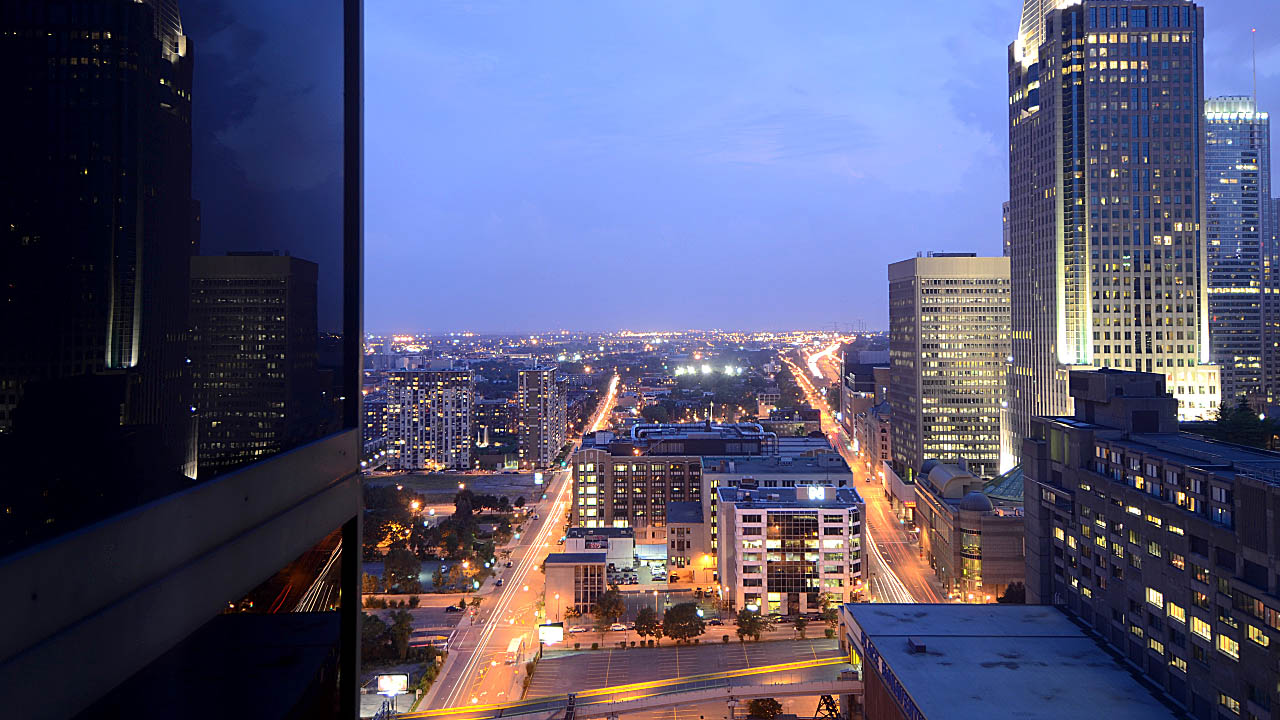 Our hotel room at the Delta Hotel in Montreal was on the 21st floor which is both awesome and kinda freaked me out at the same time. Awesome because I knew the view would give a great perspective for a time lapse video and kind of freaky because I don’t do heights very well. As it turned out I was right on both accounts, the floor to ceiling windows in our hotel room at the Delta Hotel provided an awesome perspective for a time lapse video and the also allowed my to see almost straight down which totally freaked me out. So I very slowly and carefully inched my way over to the windows with my Nikon D750 and my other camera gear in tow. I set up my Gitzo traveler tripod and attached my Nikon D750 with the Nikon Nikkor AF-S 24-120 f4 zoom lens on it. I inched up a little closer to the window and set the Nikon D750 to time lapse intervalometer mode at a photo every 2 seconds and then push the camera’s shutter release button.